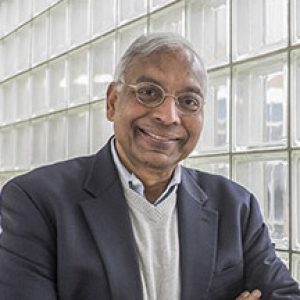 Abstract: A central question in fingerprint recognition is the identification of fingermarks, also known as latent prints, from crime scenes. This requires searching for a fingermark’s mate in large databases of reference prints (rolled and slap prints) to identify suspect(s). The first reported use of fingermarks was in the trial of a suspect in a homicide investigation in Argentina in 1893. Ever since, fingermarks have been the most widely used source of evidence in forensic agencies worldwide. The FBI’s NGI system, with the largest criminal database (~80 million records) in the world, conducted over 20,000 fingermark searches during the month of February 2017 alone. However, fingermark recognition continues to be a thorny problem due to the small friction ridge area, poor ridge clarity, and background noise in the fingerprint pattern. The best performing COTS AFIS in 2012 NIST ELFT-EFS achieved a hit rate of only 70.2%. Research on this topic is further hampered due to lack of access to (i) a COTS AFIS for benchmarking, and (ii) fingermark databases (with mates) for training and evaluation. In an effort to solve the aforementioned difficulties and push state-of-the-art in fingermark recognition, we present an open-source AFIS and benchmark it with COTS AFIS for fingermarks.

Bio: Anil Jain is a distinguished professor of Computer Science at Michigan State University. His research interests include pattern recognition, computer vision and biometric recognition. He is a Fellow of the ACM and IEEE and is a recipient of Guggenheim, Humboldt, Fulbright, and King-Sun Fu awards. He served as editor-in-chief of the IEEE Transactions on Pattern Analysis and Machine Intelligence. Jain was a member of the United States Defense Science Board, Forensic Science Standards Board and AAAS latent fingerprint working group. He was elected to the National Academy of Engineering and the Indian National Academy of Engineering. 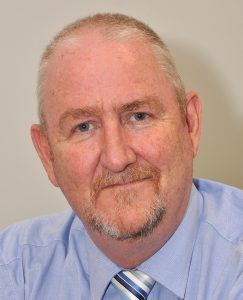 The business use of biometrics in the Australian Passport Office

Abstract: The Australian Passport Office (APO) has been using facial biometrics since 2005 to help ensure that the passport database consists of unique identities only. Trying to develop and maintain a biometric system that contains almost 27 million facial images, and use it in a manner that enhances business, is a difficult task however. In this presentation, David Chadwick, Director of Passport Standards & Biometrics for the APO will discuss the current facial recognition capability in place in the APO, where it is going in the future and how it is going to get there. Along the way, he will also discuss the changing approaches to biometric systems, algorithm usage, template retention and data sharing initiatives that will help Australians establish their identity online and in an emergency.

Bio: David Chadwick is the Director of Passport Standards & Biometrics for the Australian Passport Office, in the Department of Foreign Affairs and Trade. In this role, he is the business owner of the facial recognition capability for the APO, the senior responsible officer for the next generation passport, and in charge of maintaining passport and biometric standards for the organisation. In a previous life, he worked in Immigration, Unisys and South Australia Police. David has a strong background in technical imaging and has worked as a specialist photographer for SA Police, AFP and taught forensic photography for 6 years at the Canberra Institute of Technology. His main passion is around identity and how biometrics can help anchor identity.

Co-speaker: Alice Towler is a forensic psychologist from the University of New South Wales (UNSW). Alice’s research focusses on improving the accuracy and efficiency of facial identification systems by optimizing the distribution of decision-making between humans and facial recognition software. Alice has worked closely with the Australian Passport Office and the Metropolitan Police Service in London to develop evidence-based training and comparison methods for facial image comparison. Alice also has a broader interest in improving the evidence-base in the forensic sciences through her work with the Evidence-Based Forensics Initiative (EBFI).

Abstract: This talk considers what to do when confronted with failures with current data or analysis. What can we do

when current predictions for rare events are poor?
Instead of focusing on rare event classification, for example, suicide prediction, we focus on identifying the riskiest events with minimal error. Such events are likely precursors to outliers of interest. We demonstrate our results through outlier detection in surveillance (leading to our start-up company iCetana, Australia) and in suicide risk prediction (implemented in in Barwon Health, Geelong, Australia). We discuss the challenges in data modeling, pitfalls and our outcomes.

when data is limited?
We use Bayesian optimisation based methods to demonstrate how to accelerate the experimental process, the foundation of both product ad process design. We show how we have been able to impact the discovery of novel materials and alloys.

Bio: Professor Venkatesh and her team have tackled a wide range of problems of societal significance, including the critical areas of autism, security and aged care. The outcomes have impacted the community and evolved into publications, patents, tools and spin-off companies. This includes 554 publications, 3 full patents, 3 start-up companies (iCetana.com, Virtual Observer.com, iHosp) and a significant product (TOBY Playpad).

Copyright All Rights Reserved © ICB 2018. In collaboration with Eric DO